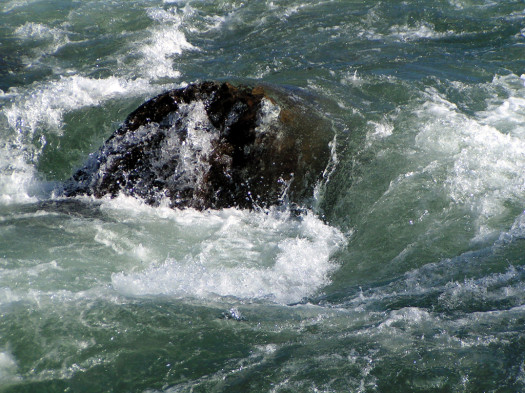 Significant underutilization of water upstream from the Oldman Reservoir has the provincial government wanting to change allocation rules, though local municipalities aren't sure the move is wise. Photo by Shelby Raymond.

In an attempt to help the local agriculture industry combat dry weather conditions, the Oldman River Dam was constructed in 1991. To help ensure adequate supplies of water were accessible downstream, a water allocation order was established in 2003 and later renewed in 2010.

Eleven thousand acre-feet — over 13.5 billion litres — of water can be claimed by various stakeholders upstream from the dam.

The allocation order specifies water allowances for municipalities, commercial businesses, recreation, rural communities and agriculture. Each can use 1,500 acre-feet of water.

One hundred fifty acre-feet is set aside for industrial purposes, and the remaining 3,350 is reserved for irrigation.

The allocation is an important way to ensure there is water for different uses. The problem, says Livingstone-Macleod MLA Roger Reid, is not enough water is being used.

“We are underutilizing the allocation in the Oldman watershed,” he says. “We’re using about 16 per cent of the allocated water.” 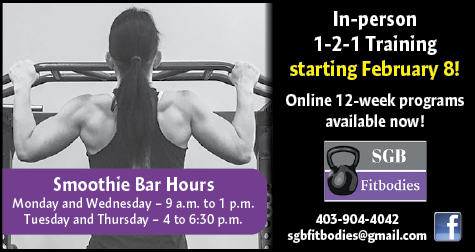 With 11.3 billion litres of water going unused, changing the allocation rules could potentially attract other water-reliant industries to the area.

“What I’m looking for from my standpoint as an MLA is a direction for us to look at opportunities to diversify our economy,” Mr. Reid says.

The proposed changes would dissolve the individualized limits within the 11,000-acre-feet allocation. Additionally, 20 per cent of the allocated water would be dedicated to environmental concerns, something the MLA says is a positive move for fishing in the area.

Consultation with stakeholders was initially planned for last spring, but the pandemic pushed discussions back to November. Conversations will continue, Mr. Reid says, especially to make sure the adjusted allocation matches long-term planning of municipalities.

“Our water is an important resource for us, and we want to make sure that we manage it well,” he adds.

Local municipal districts, however, have a different take on how the consultation process is going.

In a Feb. 1 joint letter from the MD of Ranchland and MD of Pincher Creek, municipal officials described the proposed changes to the allocation order as “deeply troubling.” 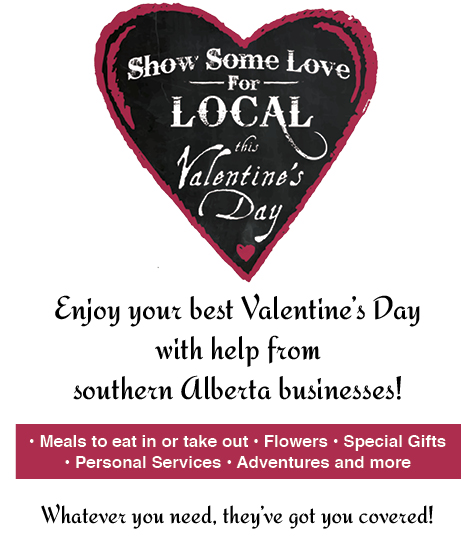 “What appears to be passing for consultation,” the letter reads, “is a rapid ‘drive-by’ where provincial officials appear to be merely giving notice as to what is going to happen, as opposed to seeking meaningful input from the residents and jurisdictions impacted.”

The letter also says the initial intent of the order was to enhance irrigation for municipalities upstream from the dam, and that the government seems to have forgotten this.

With renewed interest in coal mining in the Crowsnest Pass area taking off, many people worry the changes to water allocation are simply an attempt to encourage more mining projects, threatening the integrity of the watershed and limiting water access for other groups.

While removing the 150-acre-feet water limit on industry would help mining projects, Mr. Reid says the changes go beyond seeking to draw to any one industry.

“It’s a commitment for us to look at attracting a variety of business opportunities to the riding, to create jobs for our people. To build a sustainable economy means we need to have a broader stroke,” he says.

For example, agrifood production requires significant levels of water. Freeing up water amounts in the allocation would attract investment to Alberta.

“We’ve had lots of discussions about why we grow what we grow and then ship it to Ontario for processing,” says Mr. Reid. “These are opportunities for good jobs in the riding, opportunities for economic growth.

Bringing in extra industries to consume water, he adds, wouldn’t threaten existing users because those with earlier water licences would retain priority. Geographically speaking, mining projects in the mountains would have first access to water, though the severe water underutilization suggests there is ample room to grow.

Levelling the playing field for water access, Mr. Reid concludes, is a way to lower barriers for industries that are interested in investing in the area but have held off because they can’t access the needed water for operating.

“I as an MLA don’t want us to see us turn away business because we’ve created extra hurdles for them,” he says.

The current water allocation order can be viewed online at http://bit.ly/OldmanH20.