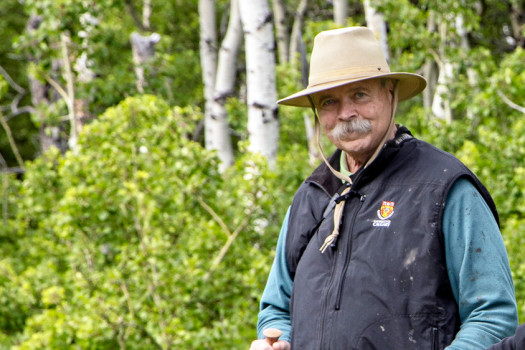 Charlie Fischer, pictured above, recognized the importance of a beautiful landscape such as the Yarrow. He practised sustainable grazing on the land in a way that allowed nature to thrive. Thanks to the Nature Conservancy of Canada, Charlie's vision of conserving the Yarrow is coming to fruition.     Photo by the Fischer-Cuthbertson family


Just yesterday, the Nature Conservancy of Canada announced a new campaign to protect Yarrow Creek Ranch, located near Twin Butte. If you’ve ever taken a trip to Waterton Lakes National Park, you have likely been impacted by the sheer beauty of this area.

Through the campaign, NCC is looking to raise $6.9 million to conserve the property while ensuring the natural rangeland stays intact, maintaining a sustainable and working landscape for the property owners, the Fischer-Cuthbertson family, and local ranchers to continue raising cattle and other livestock on.

With the property’s wide range of habitats and southern location, the Yarrow supports one of the highest numbers of species recorded at a potential NCC conservation property in Alberta.

During a study in 2020, 110 wildlife species were documented on the property. Of these species, over two dozen are considered sensitive or at-risk, including bobolink, barn and bank swallows, sharp-tailed grouse, great blue herons, trumpeter swans and grizzly bears.

Additionally, six of Alberta’s nine bat species have been spotted at the Yarrow. Of particular significance are the little brown bat, northern myotis, eastern red bat and silver-haired bat.

NCC says the Yarrow’s importance stretches beyond providing pristine wildlife habitat, as its many wetlands hold vast amounts of water that help reduce the severity of drought and buffer the impact of flooding in the area.

Drywood Creek and Yarrow Creek are two important streams that flow through the property, transporting water from Alberta’s southern headwaters to the Waterton Reservoir, thereby supporting the people and economy of southwestern Alberta. 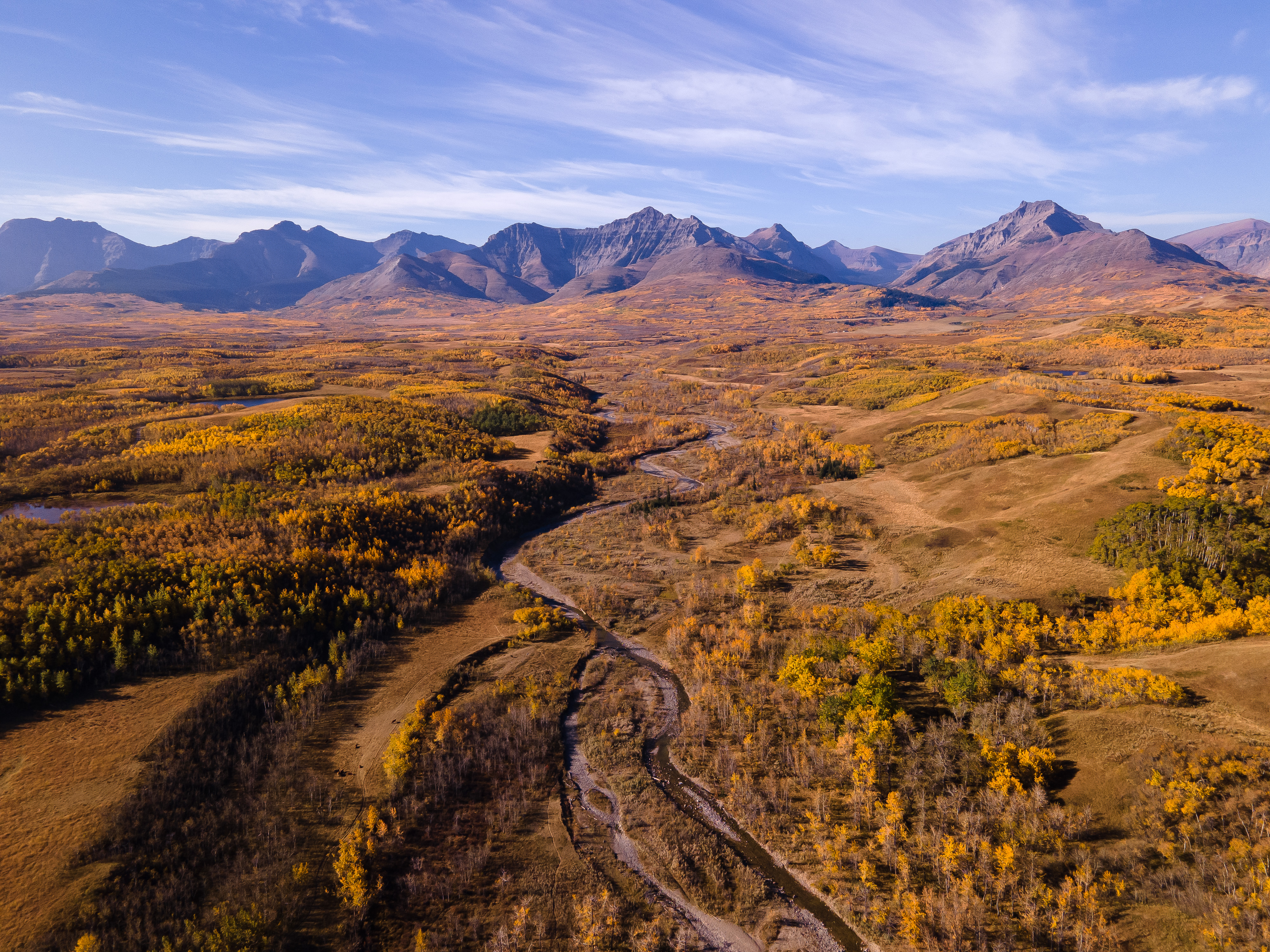 An overhead view of the Yarrow, located south of Pincher Creek near Twin Butte.     Photo by Brent Calver


The Waterton Biosphere Reserve Association, which works to support landowners in conservation and stewardship of biodiversity, is happy that the Fischer-Cuthbertson family decided to take steps to conserve the property through NCC.

“It’s an amazing property! We would like to see long-term conservation,” says Nora Manners, executive director of the WBRA. “It keeps the land part of the local economy.”

Members of the association have been on the Yarrow several times in order to conduct species-at-risk work and have seen the beauty of the area first hand.

For Tom Lynch-Staunton, who grew up just north of Lundbreck and is now NCC's regional vice-president for Alberta, the area holds a personal connection.

“I find it personally special because I grew up down there. Our playground, a lot of the time, was in the Waterton park front,” he says.

“It feels personally special to be able to ensure that it's going to remain the way it is and conserve for generations.”

As for the Fischer-Cuthbertson family, they stated in a press release that it is meaningful to see the ranch conserved by NCC, especially considering their “Grandpa Charlie” always saw the beauty in the area and wished to conserve it.

Charlie purchased the land when he retired and was keen to practise sustainable grazing while ensuring the ranch was managed thoughtfully in order for nature to thrive.

“We look forward to revisiting the breathtaking views, magnificent wildlife and the winding creek with the grandchildren, sharing memories of their Grandpa Charlie and tales of the adventures we enjoyed here together,” says the family.

“It’s a story that continues through the generations,” Nora adds.

If Charlie were here today, he’d surely be proud of his family’s commitment to conserving Yarrow Creek Ranch.

Should you wish to support conservation of the Yarrow, find out how you can help by visiting www.theyarrow.ca.
Tweet