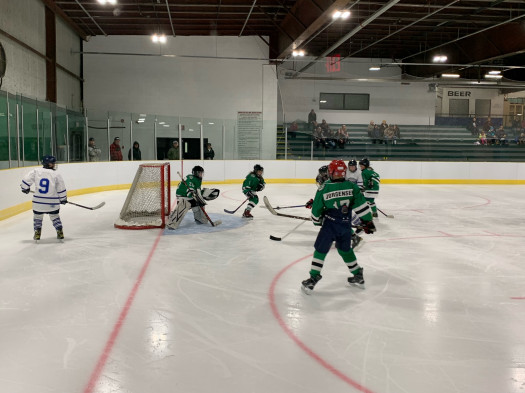 
The Crowsnest Pass U13 Thunder had another full weekend of pre-season hockey, while the U11 team hit the ice for the first time.

Both U13 games were hosted at the Crowsnest Pass Sports Complex and fans were hopeful of some wins on home ice.

Game 1 was played on Saturday against the Pincher Creek Chinooks, with the visitors heading home with a 9-4 win.

The first period had parents on the edge of their seats, as the game was tied 2-2. Pincher Creek took control in the middle frame, scoring four unanswered goals to take a 6-2 lead.

The Thunder tried to rally in the final period, scoring two more goals, but ultimately fell short as the Chinooks found the back of the net three more times.

Parker Bunnage picked up two goals for Crowsnest Pass, while Gavin Samuel and Aidan Bishop rounded out the scoring.

The man behind the mask for the Thunder was Owen Kirkman, who was peppered with 56 shots. Owen made 47 saves and posted a save percentage of .839. Crowsnest Pass had 26 shots on Pincher Creek's goalie.

The U13s’ second game of the weekend was against the High Country Hawks, where they accepted a 7-2 defeat.

Crowsnest Pass was held scoreless in the first period, but managed to pot one goal in the second period and another in the third.

Owen Kirkman was between the pipes again for the Thunder, making 43 saves and recording a .860 save percentage.

The U13s have two games scheduled for this weekend. On Saturday, the Thunder will be travelling to Taber for a match against the Oil Kings at 3 p.m. On Sunday, Crowsnest Pass will host the Raymond Knights for a 2 p.m. game.

As for the U11 Thunder, they hosted the Lethbridge Thrashers on Saturday and unfortunately lost 7-1.

Goaltending for Crowsnest Pass was Branson Gillard. Shot statistics and save percentages were not recorded.

The U11s’ next game has not yet been announced.
Tweet